Well the first half of the season is coming to a close and Christmas & the Sabre Nationals in Victoria are just about here.

The container is packed and currently on its way to Victoria. Here is a photo of the fully loaded container after packing was complete on Sunday. There will be 10 x Sabres from WA at the Nationals which is our biggest fleet we have ever sent to an interstate Nationals. 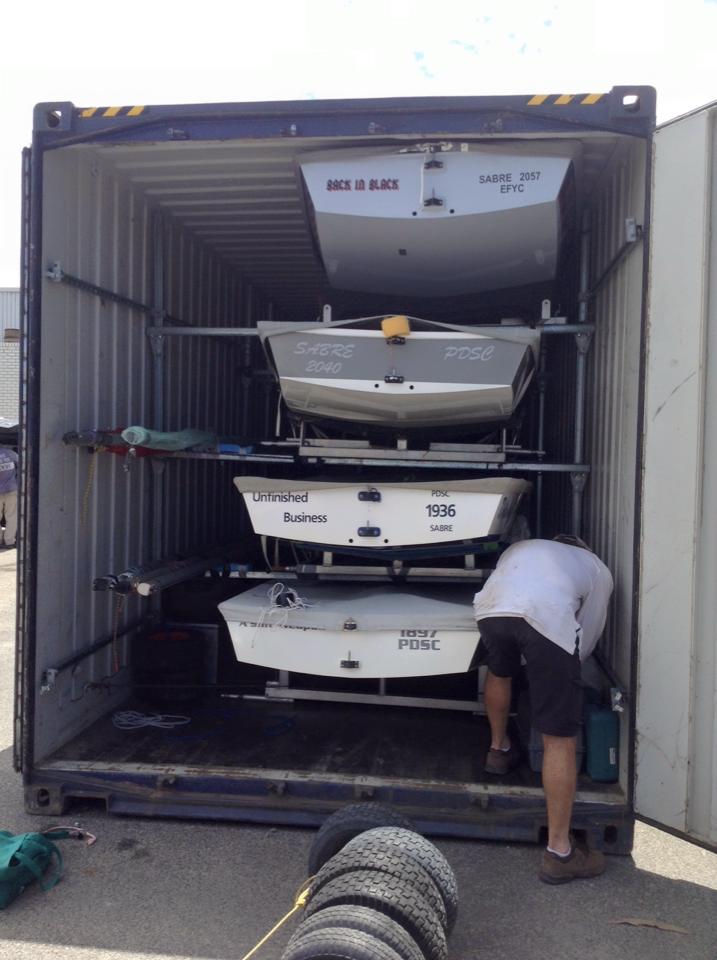 Good luck to the following WA Sabre Sailors at the Nationals. Lets bring home the trophies!!

There has been competitive racing at all the clubs and well done to our female sailors who are getting better and better. Kelly at East Fremantle received her first flag a few weeks ago and great to see Heidi at PDSC moving up in the finishing results. We also welcome Susan Henderson who has joined the class at East Fremantle Yacht Club, we look forward to seeing you on the water. Susan brings our fleet of female Sabre sailors to six.

To all sailors and their families have a great Christmas & New Year..