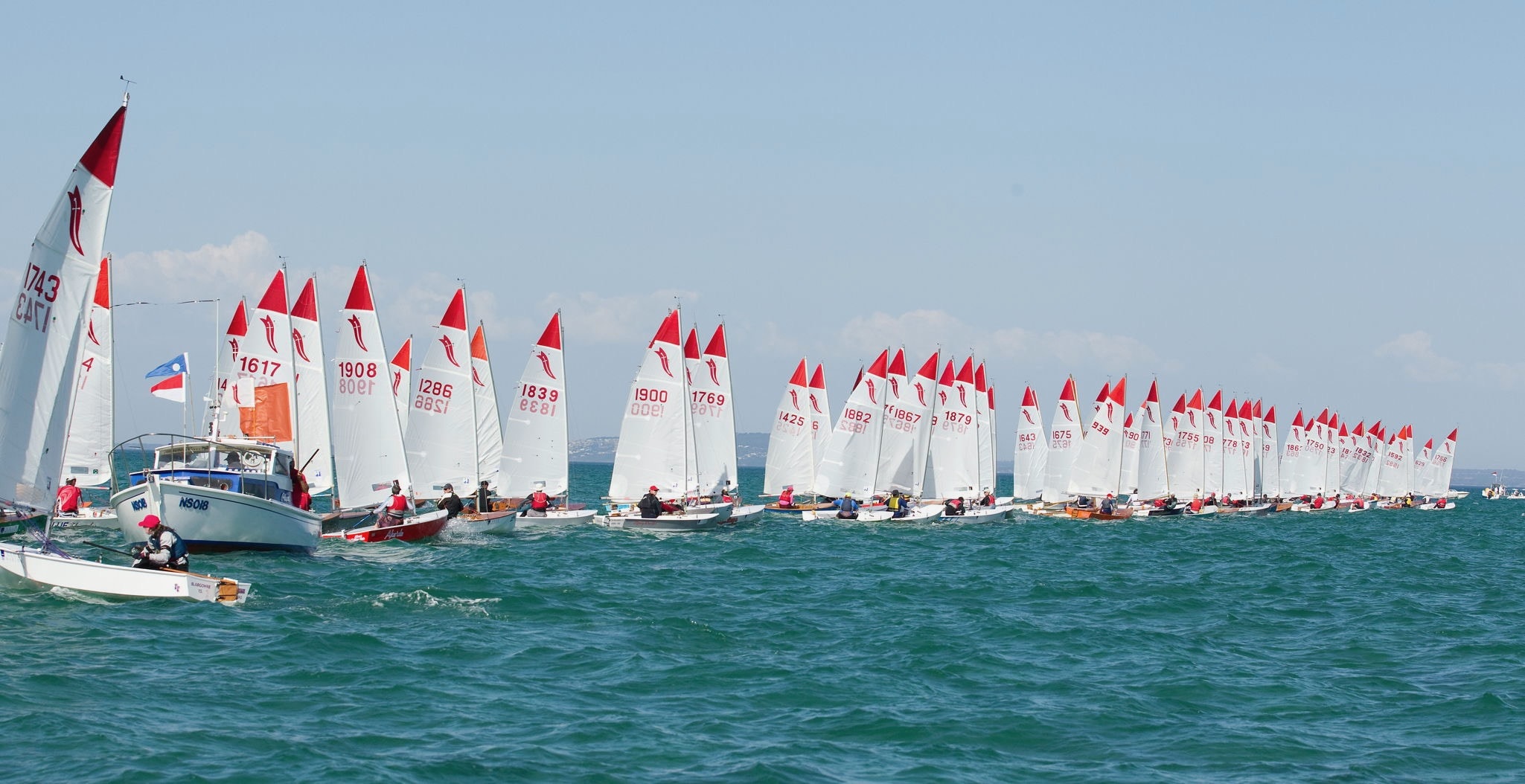 The SABRE was designed in 1974 by Rex Fettell who also designed the MINNOW and as by 2019 close to 2,300 boat plans have been issued.

It is arguably the largest single-handed non olympic class in Australia with 36 clubs sailing the SABRE in all Australian states.

The Class has contributed significantly to the sailing scene, particularly in Victoria, as one of the most active supporters of V.Y.C. activities. As a training class for future world class sailors the Sabre is second to none.

Sabre sailors who have done well on the world sailing scene;

The majority of young skippers in the VYC State Squad for the past 10 years have been SABRE and ex-SABRE skippers. The Sabre has been the most represented class at the annual schools regatta over the past 10 years.

Championship regattas cater for all age groups with trophies awarded to the first 5 places in the OPEN category as well as the first three places in the following categories:-

Division trophies are also generally awarded in championships when there are appropriately high entries.

The same reasons designer Rex Fettell had when he conceived the design.

A need for a single-handed dinghy that was light, of simple easy to build design, with good handling performance, even in 20 knots plus and lumpy seas, a comfortable cockpit and close class racing suitable for both male and female sailors who weigh between 50 to 90 kg.

Although the ideal weight is claimed to be 60 Kg – 80 Kg, winners have been at the extremes depending on conditions.

Females have won both the Australian and Victorian championships.

SABRE is a REAL boat, not a low profile surfboard type. Performance suits the average sailor rather than the super athletic skipper and at an affordable price.

SABRE fits neatly into the position between junior and family sailing dinghies, and the high performance but expensive international classes. Large fleets in so many clubs ensure excellent competition, a strong training and coaching base and protection of your investment.

SABRE is maintained as a strict one-design class by the Australian Association and supported by strong, active State Associations. Sabres have sufficient flexibility to move with the times and technological development without detriment to earlier boats.

The boat is readily transported by car-topping or light trailer and is easily carried by two people. Most skippers have beach-trolleys for easy single-handed launching which also fit onto their trailers.

For the keen do-it-yourself type the SABRE is easily amateur built by the simple stitch plywood and fibreglass tape method. It is estimated that most amateurs can complete a SABRE in 40 man-hours.

Low maintenance all Fibreglass/Foam sandwich or Plywood/Fibreglass composite boats are available to varying degrees of completion from licensed builders. The standard and strength of these boats is excellent as well as being very competitive. Moulds are constructed under Association control and there are a number professional builders in Victoria and South Australia.

A boat registration number and a set of building/fitting out notes MUST be purchased from the Association prior to commencing construction (both Amateur and Professionally built boats). Following the building notes will ensure compliance and a Class ‘A’ Measurement Certificate which is mandatory for class championships.

Boat registration, Building/Fitting Out notes and Association Membership are available from :-

Current cost is $90 which also includes the first year’s full membership of the Association. Templates are available.

The loose foot mainsail must be made from a minimum cloth weight of 3 oz as from 1st September 1992.

Previously cloth weight was unrestricted and many sails were made of 2.2 oz cloth which whilst very competitive, has now banned in the interests of longevity and cost minimisation.

WHAT DOES THE ASSOCIATION DO?

We provide assistance in construction, through provision of Association building templates.

conduct Association meetings and regattas where ideas are exchanged, and guest speakers talk on subjects relating to the class and sailing.

provide assistance to Clubs interested in promoting the class within the Club.

assist members in the purchase and sale of boats by maintaining lists of boats for sale and advertising them in the ‘SABRE RATTLE’ or on the web site.