EFYC Rumble in the Reach 2017 Results

Simon Walker achieved the perfect score over three races, though his first place was in the last race was in doubt up to the last tack and 30 seconds of the final race. Ed Bannerman had a commanding lead, but
approaching the finish, he was massively headed, while Simon got a huge lift. Only a few seconds separated them, with Ed finishing second and Peter Johnston’s 3rd place in the final race giving him a countback margin over Steve Knight on equal points. 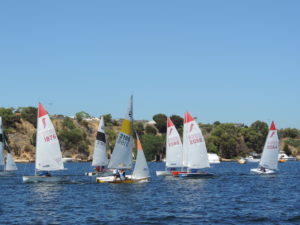 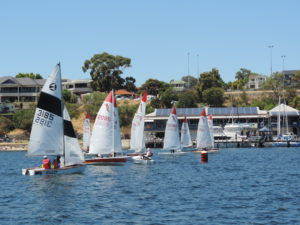